Why Can Some Gas Coke be Used for Smelting Ferrosilicon? 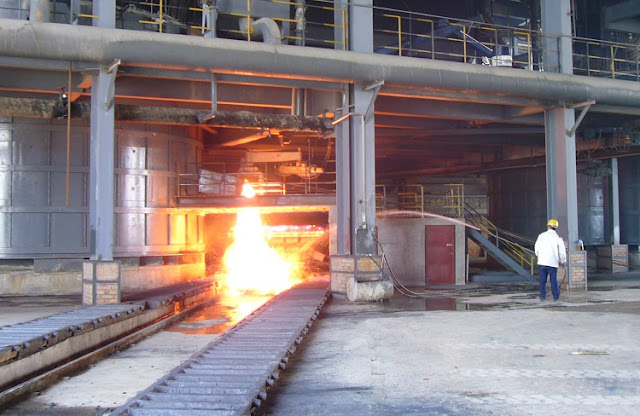 Why Can Some Gas Coke be Used for Smelting Ferrosilicon?

The properties of gas coke and metallurgical coke are compared as follows:

For various cokes with a particle size of 10-15 mm, the relationship between specific resistance and temperature is shown in Figure 4 according to actual measurements. The resistance of gas coke is greater than that of metallurgical coke, even at higher temperatures, its resistance is still greater than that of metallurgical coke. An important advantage of gas coke is when the resistance is large. The practice has proved that when smelting ferrosilicon, some gas coke is used, and the electrode can be deeply inserted into the charge, thereby reducing power consumption.

It can be seen from Table 4 that the gas coke contains lower fixed carbon and higher ash content, which is not as good as metallurgical coke in terms of chemical properties. This is due to the lower coking temperature of gas coke. The carbon content of gas coke is low, so it should be added more when it is used as a reducing agent. At the same time, due to the high ash content in gas coke, the amount of slag during smelting also increases. On the other hand, due to the low carbon content in gas coke and its Mechanical strength is poor. In smelting, there is often a lack of carbon in the crucible and the lower part. It can be seen that gas coke is used as a reducing agent for smelting ferrosilicon, and the furnace condition is not easy to maintain.

The porosity of gas coke is 40-60% larger than that of metallurgical coke, which not only increases the resistance of gas coke, but also expands the reaction contact surface. conduct.

The price of gas coke is 10-20% lower than that of metallurgical coke.

The above-mentioned gas coke has the advantages of high porosity, high electrical resistance, and low cost, but it also has the disadvantages of low carbon content, high ash content, and poor mechanical strength. Therefore, it is not suitable to use all gas coke during smelting, but it can be used in combination with metallurgical coke. Practical experience has proved that the combined use of 30-40% gas coke and metallurgical coke has a better effect, and the unit power consumption is reduced to some extent.