Cause Analysis of Breakage of Blast Furnace Air Nozzle 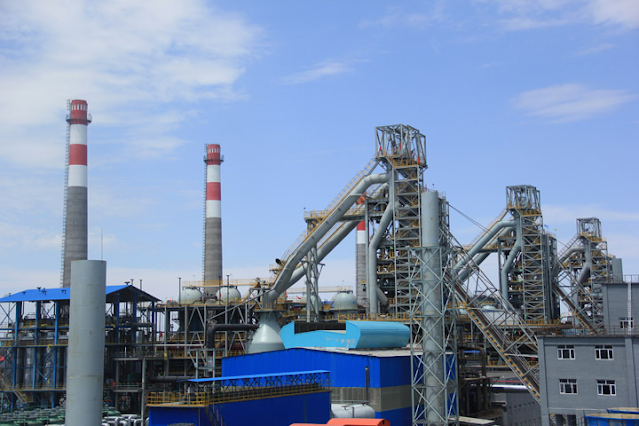 Cause Analysis of Breakage of Blast Furnace Air Nozzle

The air outlet is damaged due to quality reasons. Water leakage is treated. Pores such as pinholes are usually visible and the leakage holes are small outside and large inside. Crack water leakage caused by air quality, usually occurs at the welding seam. Of course, affected by blast furnace condition, cooling, and other factors, the air vent can also cause cracks and water leakage under the action of thermal gradient under momentary huge thermal load, which is not a quality problem of air vent.

Secondly, in terms of cooling, the formation of scale can generally be found at the air outlet or pipeline due to water quality problems such as air outlet breakage caused by excessive water quality. As for water pressure and water speed, the design standards for each blast furnace have been in place at the beginning of the construction of the furnace. Some fluctuations in production should also be able to meet the needs of air outlet cooling, so water pressure and water speed should not be the main cause of air outlet breakage.

The burned parts of the air outlet caused by this reason are mostly on the upper part of the air outlet. Most of the burned holes are large outside and small inside, similar to the phenomenon of droplets passing through. When the edges are over-developed, frequent rises and falls in front of the air vents can also be seen through the air vent mirrors.

Second, the BF hearth is inactive and accumulated. The volume of the hearth decreases as a result of central or edge accumulation. As the number and time of blast furnaces are usually fixed, under the same circumstances, the slag iron surface will be higher than the original one after the hearth is accumulated, and the pressure relationship will be tense outside the blast furnaces, slow charging and other phenomena will appear, so the slag iron in the furnace is easy to burn out the air vent. Sometimes, due to peripheral accidents, the iron tapping time is delayed and the air vent may be burned out.

If the condition of the blast furnace is restored after it is cooled, a large number of airports will be damaged. The main reason is the poor liquid permeability of dead coke in the hearth, as well as the low physical heat and poor fluidity of the newly formed slag iron, which can not penetrate the hearth in time and the slag iron accumulates in front of the airports. The burned area of the air outlet caused by this kind of reason is usually the lower part of the air outlet.

Fifth, BF is not smooth and the reason for the suspended charge. After suspension, air-reducing and even air-resting materials may be filled with slag from the air outlet, which will burn the air outlet. It is also possible that the material column suddenly falls from the upper part, causing the air vent to break, especially if the suspension is stubborn for a long time, which is even more dangerous. There have been incidents in which enterprises smashed air vents while sitting down due to long-term vicious suspension.

Improper operation of the sixth flushing furnace results in slag peel falling off, burnout air vent, long-term addition of fluorite, and development of edge airflow, which is also liable to burnout. The burnout mechanism can be seen in << Hazard of fluorite to furnace smelting >>

The reason for the damage to the air outlet is summarized in the hope that in our daily operation, it can be prevented slightly and gradually, and the operation with the possibility of burning the air outlet can be avoided as far as possible so as to reduce the loss in production. The unnecessary wind break in the village will create conditions for stable production and the long life of the blast furnace.

Of course, there are many reasons why air vents are damaged, but they are usually shown by the above forms, such as harmful elements in raw materials and fuels which cause slag to stick, lead to cylinder accumulation, and damage air vents. In production, it is necessary to make specific analyses according to actual conditions so as to avoid a large number of burns of air outlets affecting the smooth running of the blast furnace.

(1) A large number of air outlets are damaged, which is very disadvantageous to the continuous production of blast furnace technology. Effective measures must be taken to reduce the breakage rate of air outlets.

(2) Damage to the air vent is closely related to the operation of the blast furnace, but only by changing the original and fuel conditions, can the blast furnace adopt the most economical operation system and fundamentally eliminate the cause of air vent breakage.

(3) It is also an effective way to reduce the burning of air nozzles by properly increasing the water pressure and flow rate of cooling water, strengthening the cooling, and improving the cooling conditions from the outside.