How is Steel Made? - Converter Furnace and Open Hearth Furnace 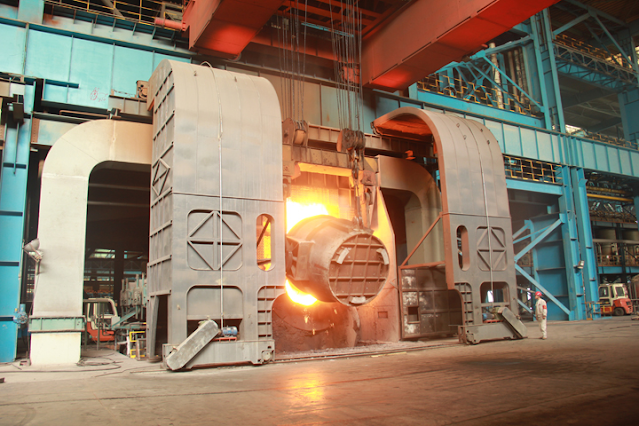 How is Steel Made? - Converter Furnace and Open Hearth Furnace

In the last issue, we talked about the changes in cast iron smelting furnaces. In fact, cast iron is not easy to process. Before the Industrial Revolution, people tended to use pure iron, and the pure iron at this time was generally forged iron. The use of pure iron is very rare these days because people have found a better material, which is carbon steel.

In fact, since pure iron was first used in the West, the latter route was the first in the attempt to make steel. This route is a forging and heat treatment route. In fact, in the forging of iron, due to the different carbon content of the iron block itself, coupled with the changes in the manufacturing and heat treatment process, during the long Iron Age, human beings can make it by accident. Steel. Of course, at that time, human beings did not realize the influence of carbon content on the strength of iron-based alloys, so whether or not steel can be made depended entirely on personality and experience.

This ancient smelting has a bit of metaphysical meaning like the compound crystallization made today. In order to smelt a ferroalloy with better strength, the ancients also prayed to gods and worshipped Buddha, and they used everything and even sacrificed swords. In fact, those famous swords in ancient times should be carbon steel from today's point of view.

Historically, the first steel produced on a conscious scale was the so-called Damascus steel. Similar to the fact that Arabic numerals were not invented by the Arabs, Damascus steel actually originated in India.

Due to the characteristics of oriental smelting technology, the preparation method of this steel takes the route of starting from cast iron.

The Indians first made cast iron, then heated and cooled it repeatedly to reduce the carbon content, and finally obtained steel with a carbon content of 1.5%, which is actually cast steel.

Damascus steel was adopted by the Arabs as an excellent weapon and gradually spread to Europe. This is probably in the 7th century AD.

Damascus steel is civilized because of its unique pattern, but in fact, this is due to the lack of smelting technology. The cast steel smelted by the Indians is called Uzi steel, and the Arabs buy steel ingots from the Indians and then use them to make weapons. Because the carbon content of Uzi steel varies greatly, different steel ingots are repeatedly folded and forged, resulting in random patterns on the surface of the weapon.

In Europe in the Middle Ages, because they had not yet mastered cast iron technology, they used another process to make steel, that is, carburizing. On the basis of pig iron, carbon was added during forging to form steel, which is similar to today's low-carbon steel. Steel composition is close. Of course, making steel is very expensive. The price of steel was very high back then. Therefore, on many weapons, only the blade part is steel, and the other parts are iron.

It can be seen that before the Industrial Revolution, the efficiency of steelmaking was very low, and both forging and carburizing were intermittent operations, which could not be carried out with continuous output. All this changed during the industrial revolution. During the industrial revolution, the steelmaking furnace evolved from a stirring furnace to an open hearth, and the converter completely created the current iron and steel industry.

Let's first talk about the traditional stirring method, which uses a coke oven to make iron. Iron generally contains 1% silicon. In order to further obtain steel, it needs to be refined.

Generally speaking, refining is divided into two parts, one is to oxidize silicon. , the second step oxidizes the carbon in the iron. In this process, the furnace shape originally used by humans was a reverberatory kneading furnace. Through this process, the carbon content of steel can be controlled at about 0.5%-1.2%. This technology has matured in 1850, and the melting temperature of the stirring furnace can reach 1400 °C.

The picture shows a reverberatory kneading furnace in the 18th century. Iron blocks were added to the furnace, and the combustion of charcoal was used to form a high temperature in the furnace. The air enters in two parts. The hot air enters from the air duct, which is used for charcoal combustion. There is also a cold air junction at the top of the furnace. After the cold air enters, it acts as an oxidizing medium to oxidize silicon and carbon in the cast iron. However, as the iron is purified, the melting point increases, causing the molten iron to have a tendency to solidify, so manual stirring is required, so it is called a stirring furnace.

The so-called heat storage is to use a part of the heat storage body, generally a silicate-free material, to realize the heat exchange between the furnace gas and the hot air, and save the energy consumption of the hot air. Due to the limitation of the temperature resistance of the heat storage material, the heat storage technology was first applied to the glass. Industrially, because the melting temperature of the glass is not high. But around 1867, this technology was used by the French Martin Martin for steelmaking, and finally evolved into the current open hearth. Due to the use of regenerators for heat exchange, the temperature of the open hearth can reach about 1700 ° C, which has reached the temperature of steel. Therefore, the open-hearth furnace no longer needs to be stirred, and it is also possible to smelt steel with lower carbon content.

Almost at the same time, another method of steelmaking began to spread, and it is still in use today, that is, converter steelmaking.

Converter steelmaking is a very interesting subject, and here we analyze the process from the perspective of reaction engineering. First of all, let's do a heat calculation. There are two sources of heat input in this system: fuel combustion and exothermic reaction, and the other is oxidation reaction because the reaction between air and carbon is a process of releasing heat. What are the uses of this heat, the first is the heat required for the melting of iron blocks, and the other is the heat of air heating and furnace heat dissipation. Then the idea comes, if we increase the rate of the oxidation reaction, the heat release per unit time can be increased, and can we use less fuel?

The earliest experimental converter is called the bottom-blown air converter with today's viewpoint. After the air is compressed to 0.7-1bar, it is blown in from the bottom distributor, and the molten iron is stirred for reaction. Due to the violent reaction, the smelting time is only 1h.

The converter steelmaking experiment was conducted under the direction of Bessemer in 1856. The result was incredible. Due to the accelerated oxidation rate, the temperature of the molten iron could be maintained without the need for an external heat source. Danger. This experiment proves that without heating, as long as the steel contains enough carbon, it can be directly ventilated, and the heat generated by the direct reaction between the air and the carbon in the molten iron can be used to maintain the high temperature in the furnace. The temperature of the converter can easily reach 1600°C, which exceeds the melting point of the steel, so the steel can always be guaranteed to become liquid in the furnace during the smelting process. Compared with the kneading method, there is no need to stir, and the whole is more convenient, so it has a great response once it occurs.

Later, with the advancement of electrical technology, new furnace types such as electric furnaces and induction furnaces appeared, and new technologies such as lasers also joined the smelting industry. Due to the emergence of these technologies, we can smelt more materials, and human beings have also ushered in Since the 20th century, the development of material technology has been blowout.