How is Steel Made? Converter Steelmaking 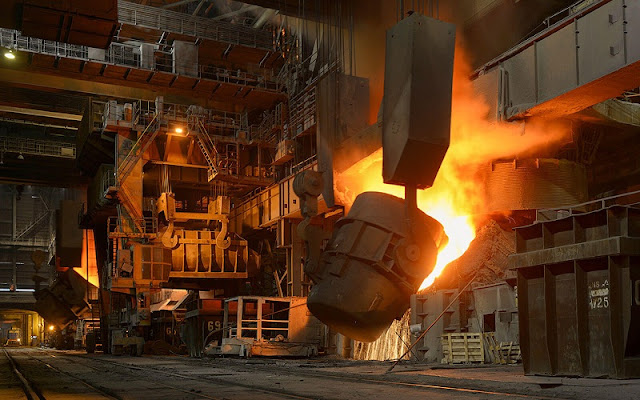 How is Steel Made? Converter Steelmaking


In life, steel products can be seen everywhere, but what we usually call steel and iron is not pure iron, but a general term for the two "alloys" of iron. The main component of pig iron and steel is iron, which also contains small amounts of carbon, silicon, manganese, sulfur, phosphorus, and other elements. The main difference between pig iron and steel is carbon content, performance, and use.

Pig iron can be cast, but it is not suitable for forging, and the steel has high strength, high hardness, strong toughness, good ductility, and easy machining.

How to Make Raw Iron into Steel?


The main purpose of steelmaking is to reduce the excessive carbon content of pig iron. For steel, phosphorus is a harmful element, which reduces the plasticity and toughness of the steel, and appears cold and brittle (the strength of the metal material increases with the decrease of temperature, and the toughness decreases), and the content should be limited to 0.05% or less. At the same time, sulfur is also a harmful element, which makes the steel hot brittle, and its content should be limited to less than 0.05%. However, manganese can increase the firmness, strength and wear resistance of steel. In addition, silicon also contributes to the strength of the steel. Therefore, in steelmaking, it is necessary to remove elements such as phosphorus and sulfur in the pig iron that affect the properties of the steel, while retaining or increasing elements such as silicon and manganese and adjusting the ratio between the elements. 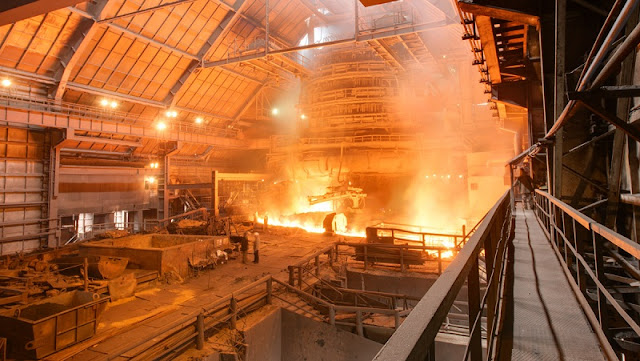 Converter steelmaking mainly involves oxygen blasting into molten pig iron to oxidize impurities such as silicon and manganese. A large amount of heat is released during the oxidation process (containing 1% silicon to raise the temperature of the pig iron by 200 degrees Celsius) to achieve a sufficiently high temperature in the furnace. Therefore, converter steelmaking does not require an external heating source.


At the beginning of steelmaking, the slag in the furnace is first removed, and liquid pig iron of 1200~1300 °C and a certain amount of scrap steel and quicklime are injected into the converter, and then air is blown into the converter to make it stand upright. In this process, the surface of the liquid pig iron will react violently, and the silicon and manganese elements will be oxidized to form slag, and the reaction will be fully utilized by convection. After a period of time, when only a small amount of silicon and manganese remain in the molten steel, the carbon begins to oxidize, generating carbon monoxide and releasing a large amount of heat, causing the molten steel to boil vigorously, and the carbon monoxide overflowing the furnace mouth will burn to generate a huge flame. Finally, the phosphorus element also undergoes an oxidation reaction and further produces ferrous phosphate. Ferrous phosphate reacts with quicklime to form calcium phosphate and calcium sulfide to form slag. When the phosphorus and sulfur elements are gradually reduced, the flame subsides, and the brown ferroferric oxide steam appears at the mouth of the furnace, the steel is already refined. Finally, the converter is turned to a horizontal position, the molten steel is poured into the ladle, and deoxidizer is added for deoxidation. 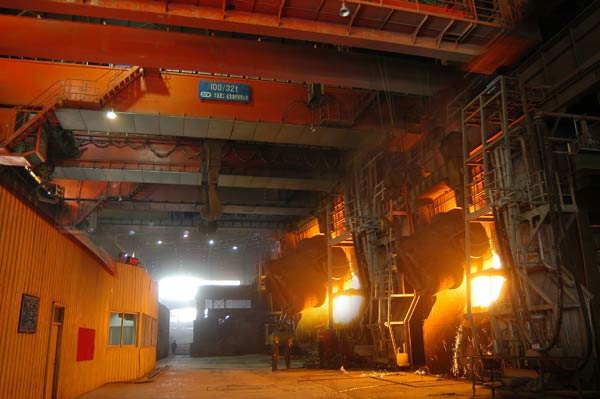 It is worth mentioning that iron making and steel making are two completely different processes. First of all, the raw materials of the two are different. The ironmaking raw materials are iron ore, coke, etc., and the steelmaking raw materials are pig iron and scrap steel. Secondly, the equipment is different. Usually, the equipment for iron making is a blast furnace, and the steelmaking is a converter, an electric furnace, and the like. Steelmaking and ironmaking are two stages in steel production. Ironmaking is the upstream process of steel production, and pig iron obtained from ironmaking is the raw material for steelmaking. Generally, the iron is first refined, then steel is produced, and finally, various steels are obtained.


More News You May Interesting:

Why Intermediate Frequency Furnace cannot be Turned on Normally?

The History of Electric Arc Furnace 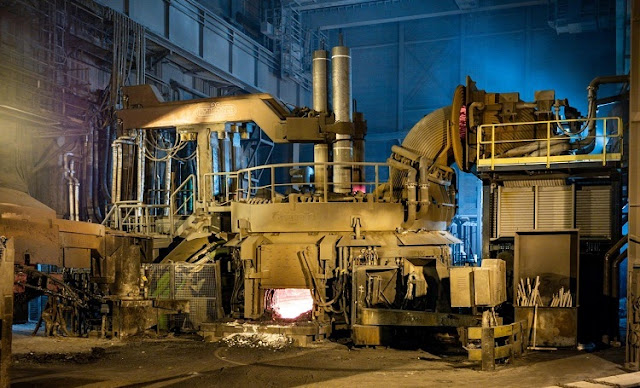